All things philosophical, related to belief and / or religions of any and all sorts.
Personal philosophy welcomed.
Post Reply
15 posts • Page 1 of 1

A person's right to be offended does not exist, a senior judge has said, as he hit out at police forces for recording 'hate incidents' despite a lack of evidence.

Mr Justice Julian Knowles claimed officers had become too quick to deem an event as a 'hate incident' even when no crime had been committed.

He made the comment as the College of Policing, which issues guidance to all police forces across the country on how to record 'hate incidents', is facing a High Court challenge over whether the rules are lawful.

The body's Hate Crime Operational Guidance (HCOG), issued in 2014, states a comment reported as hateful by a victim must be recorded, 'irrespective of whether there is any evidence to identify the hate element'.

Mr Justice Knowles told the High Court in London: 'That doesn't make sense to me. How can it be a hate incident if there is no evidence of the hate element?'

'We live in a pluralistic society where none of us have a right to be offended by something that they hear.

'Its utility lies in exposing people to things that they do not want to hear.'

It comes as former police officer Harry Miller, 53, from Lincoln, launched a case yesterday against the professional body for the police service in England and Wales.

He claims that recording hate incidents against transgender people has 'a real and substantial chilling effect' on freedom of expression.

The landmark case comes after Mr Miller was investigated by Humberside Police earlier this year when a Twitter user complained he shared a 'transphobic limerick'.

Even though no crime was committed, sharing the verse online was recorded as a 'hate incident' under the College of Policing's guidance on hate crime.

The guidance defines a hate incident as 'any non-crime incident which is perceived, by the victim or any other person, to be motivated by a hostility or prejudice against a person who is transgender or perceived to be transgender'.

Mr Miller is now taking legal action against the College of Policing and Humberside Police.

His barrister, Ian Wise QC, said his client had used Twitter to 'engage in debate about transgender issues' and argued that Humberside Police had sought to 'dissuade him [Mr Miller] from expressing himself on such issues in the future', which he said was 'contrary to his fundamental right to freedom of expression'.

The High Court heard that Mr Miller had been tweeting about proposed reforms to the Gender Recognition Act for a number of years.

Mr Wise said: 'The claimant has never expressed hatred towards the transgender community, or sought to incite such hatred in others, and has simply questioned (at times provocatively and using humour) the belief that trans women are women and should be treated as such for all purposes.'

He said Mr Miller's views 'form part of a legitimate public debate and cannot sensibly be regarded as hate speech'.

But Jonathan Auburn, for the College of Policing, claimed Mr Miller had 'engaged in regular tweeting relating to transgender people'.

He referred to one tweet in which Mr Miller said: 'I was assigned mammal at birth, but my orientation is fish. Don't mis-species me. F**kers.'

In written submissions, Mr Auburn argued: 'While the claimant now expressly disavows having any personal hostility or prejudice towards transgender people, his social media messages speak for themselves.'

He added that it was 'not beyond reason that a transgender person reading those messages would consider them to be 'motivated by a hostility or prejudice against a person who is transgender'.'

Humberside Police is also fighting the case, arguing that there was no interference with his freedom of expression. The hearing which is expected to last for two days continues.

Yesterday a DBS spokesman told The Daily Telegraph: 'An enhanced DBS check shows spent and unspent convictions, cautions plus any information held by local police that's considered relevant to the role the individual is being considered for.

'In terms of non-crime hate incidents, these may be disclosed on an enhanced check if they are considered by the police to be relevant.'


“If you trust in yourself, and believe in your dreams, and follow your star. . . you'll still get beaten by people who spent their time working hard and learning things and weren't so lazy.”
Top

Oh heavens! Prejudice is illegal? Arrest everyone immediately!
No use crying, talking to a stranger. Naming the sorrow you've seen. Too many bad times, too many sad times. Nobody knows what you mean
Top

Being offended should be illegal.
Top

I'm offended by that idea.
“If you trust in yourself, and believe in your dreams, and follow your star. . . you'll still get beaten by people who spent their time working hard and learning things and weren't so lazy.”
Top

Now that's what I call satire! 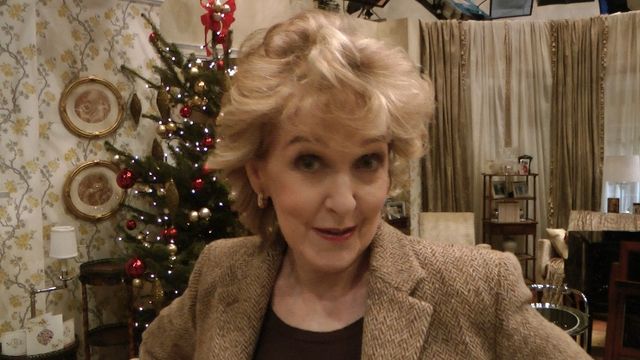 No use crying, talking to a stranger. Naming the sorrow you've seen. Too many bad times, too many sad times. Nobody knows what you mean
Top

Defending the law against offending, bound to add to a lot of hurt feelings.
Top

To me, this is all the snuffling of a bunch of Water Buffaloes. 'Course I am not a college student in Philadelphia.

What is the "right to be offended"? Who is seeking the right to have someone offend them? How could such a "right" be enforced, i.e. how could someone be compelled to offend you?
White privilege doesn't mean your life isn't hard. It means your skin colour isn't making it harder.

What goes on in a woman's uterus is none of your fucking business.

Equal rights for others does not mean less rights for you. It's not pie.
Top

Scooter wrote:How could such a "right" be enforced, i.e. how could someone be compelled to offend you?

I suppose you could hire people whose sole task was to offend someone.  Where do I sign up?

Isn'tthat kind of what the king's fool did, at least according to Shakespeare or in Rigoletto?
Top

Does anyone believe Blazing Saddles II would get made?
You know you're in great company when you, China, Iran and Russia all want Trump out of office.
Top

Does anyone believe that standards of behavior should remain static over time?

What have you mind?

Should not civility toward others be the standard? Is honesty discardable? I would not be in favor of "hurting others for self gratification" becoming a norm.
No use crying, talking to a stranger. Naming the sorrow you've seen. Too many bad times, too many sad times. Nobody knows what you mean
Top

What kinds of standards of behavior should change with time?

Return to “Philosophy and Religion”