I second that oldr; don't be a stranger--just pick and choose what you choose to read and respond to. I know I've missed your comments.
Top

Good to hear from you. Interesting coincidence, my Nephews East Coast family went to the Outer Banks in July too, my Mom went with them. Plus she got to tour the USS North Carolina.
Well, at least he gets 24 hours notice. That's more than most of us get. All most of us get is, "Mind that bus!" "What bus?" _splat_
Top

hey old man. nice to see that you are still kicking.

I ditched this place again too...., for the same reasons as you. this can be a fell place , old friend.

I think I gave you a way to contact me if you want to go catch what s running, this spring.....

friggin' guin has pissed me off, that s one reason I tuned out.....

I tune in occasionally to see if there is anything interesting on the board...., there never is. just the choir stroking itself.....

anyway, I love you, man.

I m trying, but my general uselessness depresses me.....

wesw wrote:... I tune in occasionally to see if there is anything interesting on the board...., there never is. just the choir stroking itself...

Oh, no, I think someone hasn't stopped drinking the potato juice since Thanksgiving.

wesw, Mueller seems to be cranking up the heat on all your boys in the WH. You might want to stick around so we can all get a good guffaw while you go about defending them. Please, please, please. 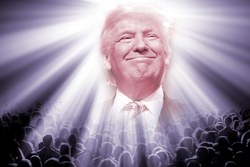 Damn, I missed O-n-W's post, but am so glad to hear from him, and that he's still on the straight and narrow.
“If you trust in yourself, and believe in your dreams, and follow your star. . . you'll still get beaten by people who spent their time working hard and learning things and weren't so lazy.”
Top

Gob wrote:Damn, I missed O-n-W's post, but am so glad to hear from him, and that he's still on the straight and narrow.

I'd like to be reading more from him, too.

Hi I'm oldr_n_wsr and I am an alcoholic and I have recovered from a seemingly hopeless state of mind and body.

I'm still alive, just haven't been here in some time.

The more I listen to Meat Loaf the more I regret having never seen him performing live in concert. I've watched videos, of course, but it's just not the same thing.
On the plus side, though, I did NOT miss seeing Jimmy Buffett or "Avenue Q".

I've been a Meat Loaf fan since I saw Rocky Horror Picture Show in 1976. A friend of mine who had an unrequited (AFAIK) lech for Tim Curry / Dr Frank N Furter dragged me to it. I am not one of those people who dresses up for it; but I will admit that I have seen it six times in a theater and a couple of times on TV.
Top

And who can ever forget this classic, star studded, corn pone infused, cinematic romp?

check out this fuckin' AvE guy on the lubetube....

as an engineerical handifuck, I think that you will apussyate the knowledge and may be even the humour involved....

just don t tell that fuckin' LORD jim about the guy, he might think that he could pick up a fuckin hammer, eh?

ex-khobar Andy wrote:I've been a Meat Loaf fan since I saw Rocky Horror Picture Show in 1976. A friend of mine who had an unrequited (AFAIK) lech for Tim Curry / Dr Frank N Furter dragged me to it. I am not one of those people who dresses up for it; but I will admit that I have seen it six times in a theater and a couple of times on TV.

meatloaf shoulda charged his ass...., not run like a little bitch.

Howdy boys and girls of planb.
Still oldr_n_wsr, still an alcoholic, still sober and still alive. Thanks for asking wesw.

No motorcycle crashes (yes I still ride).
Hit a deer with my car a month ago on a trip up to the house in Pa.
Tuesday was the 2 year anniversary of my dads death. Miss you dad
Things going very well in my life.
Still work but hope to retire in another 3 years. Then I can do my woodworking somewhat full time. Made a really nice cabinet for my daughter last spring and have been working on a tombstone for dad to put on the tree near where he died. It's made of rock maple and I woodburned his name, birthday, deathday and a few lines of praise. Also woodburning a motorcyle, an RC plane, a royal flush and a picture of a bear shitting in the woods.
Dad would always answer the question "Can you fix it?" with the saying, "does a bear shit in the woods". He even has a tee shirt with that saying on it. So we figured it would be fitting.

Mentoring 3 people in AA now. Cramps the schedule a bit, but it is worth it. The one guy will be sober 3 years come January. We've gone through the steps but we still meet at least once a week.(I've wrote about him previously)
The other two are relative "newbies" who I am taking through the steps of the big book as was done with me.
I bring AA into Phoenix House in Lake Ronkonkoma every wednesday evening and that's where I met those two. One I started with in June the other in August. Both have been 'released' from there and are starting 'normal' lives.
Had a few more ask me to sponsor them but really have no free time and it would not be fair to them if I said yes.
Had a fellow AA member get shot and died when he threatened a liquor sotr owner with a samari sword in port jefferson. The report is probably on the net somewhere. He had some issues (ya think!?!?) dating back to a motorcycle accident many years ago. Lost the use of his right arm and some head injuries. He was on meds but some snafu with his disability case caused a delay in him getting his meds. This was the result. Sad ending. Be free Ted.

Other than hanging out with my fantastic wife, working my job and living AA, not much else to report.
Hope everyone here is doing well.
All for now.
Take care
oldr_n_wsr

With your mentoring, and your staying meaningfully active, I get a sense you're no longer struggling. Good things take time, heh? You seem to have all the elements of a good life ahead so keep you're focus. Your faithful and loving wife deserves the best you.

We have a wildlife experience in common. In July, a deer and I had a "meet and greet" near my Kennett Square PA home. (There is a 1 in 52 chance of a deer strike in my neighborhood -- one of the highest rates in the nation.) The estimated damage was $3,200 and for a 2010 KIA Forte it was pretty close to being totaled. With only 72K miles I couldn't let it go so I fixed it myself with brand new parts for less than $500, S&H included. Except for the primer black hood you can't tell the difference. I hope you fared better than me.

So, are you sticking around in here or just bragging about how well you're doing? Either way, it's nice to hear from you.

Hi oldr, nice to hear from you and to know you’re doing well. I’m presently watching NYPD Blue for the first time since it originally broadcast and I was actually thinking of you while watching the earlier seasons that have a lot to do with Sipowicz’s struggle with alcoholism - so it’s very nice you just happened to check in not long after.

Warm wishes for a lovely holiday season to you & yours!
@realDonaldTrump, your mouth is the foulest shithole in the world! ~ Vicente Fox Quesada

Thanks for checking in old'r. Wishing you all the best.
Top

Merry happies oldr.
No use crying, talking to a stranger. Naming the sorrow you've seen. Too many bad times, too many sad times. Nobody knows what you mean
Top

Hi, oldr (&increasingly more&more wsr). Glad to hear you're doing well and approaching retirement with enthusiasm and vigor. I can certainly understand why you might not want to hang around this place much anymore, but I'm sure I'm not the only one here who'd appreciate it if you made your occasional visits just a leeeetle more frequent! Keep us updated as much as you want, and enjoy your real-life life, hobbies, family, etc. as much as you can.
People who are wrong are just as sure they're right as people who are right. The only difference is, they're wrong.
— God @The Tweet of God
Top
Post Reply
954 posts

Return to “All our own work”