have fun, relax, but above all ARGUE!
http://www.theplanbforum.com/forum/

Jarlaxle wrote:Your mechanic is, quite simply, ripping you off. A NEW (not rebuilt) rack & pinion is less than $300. A quality (Cardone) rebuild is $170... Ray, kindly fuck off.

If you cut and paste my URL it directs you to the Cardone R&P, and it's cheaper than Rock Auto.

And "kindly fuck off?" Thanks for being so polite in your dismissal, asshole.

BoSoxGal wrote:Yeah that’s what happens - it gets better over time but when the car is cold it’s wicked hard to steer. I trust my mechanic enough that I’m sure it’s the rack. I just need to talk to him about the parts and where to get them - I can clearly get them cheaper than his estimate even if I go with Toyota parts.

Actually strike that; it seems to me that my pump must be going bad because of the symptoms - the squealing at startup that gets better and the stiff steering. It might be that I need the pump and the rack both. Oh well I’ll see what the other mechanic place tells me Monday. They’ve got tons of 5 star ratings and customer praise online and have been in business 30 years so probably a reliable place.

The pump might be fine...just a bad rack will make it hang up like that. Squealing could be low fluid, or a slipping belt.

Wait-how old is the belt, and does the squealing happen when you lose power steering?

by BoSoxGal
The squealing/groaning and loss of steering only happen in the first 5 minutes after the car starts - and worse when it’s cold. Once the car is warm it steers great, I can still flip a bitch in a narrow street with ease and maneuver her very nimbly, the alignment is still great just tested it while tooling down the highway Friday. I have no idea if the belt has ever been changed - when I mentioned the squeal mechanic said something about adjusting it for me but that hasn't happened. I started backing into my spot at home so I can pull straight out the driveway instead of the multiple turn backing out I had to do to get pointed forward my old way of parking - so now I’m working on a new puddle of drips but it seems to be leaking less quickly that before. I check the level of the PS reservoir every week at least and never let it get too low.

by RayThom
Have you tried using some belt dressing spray? It's not good for continual use but one application won't hurt and you'll instantly hear a difference if it's the belt. Of course, it won't help the hose leak which I'm sure is your biggest problem.

by BoSoxGal
Just picked Reva up from the highly rated tire shop I took her to for a repair estimate. They replaced steering rack & gear and a bad ball joint plus the PS belt for just under $1200. Also bought 4 lovely Kumho tires that were very high rated on Consumer Reports - mine failed the Lincoln test when I checked them last weekend and when I brought her for an estimate earlier this week they marked my tires RED for replace ASAP. They offered to sell me some Black Lion tires cheaper but the reviews I read indicate the savings are sucked up by bad rolling resistance and low fuel efficiency.

Anyway, she’s fantastic like a brand new car - except I have to bring her back to replace the sway bar which is rattling like crazy. That’s only @ $200 total so I’ll get it done ASAP and then she’s be purring like a kitten again. She steers and rides like a dream now! 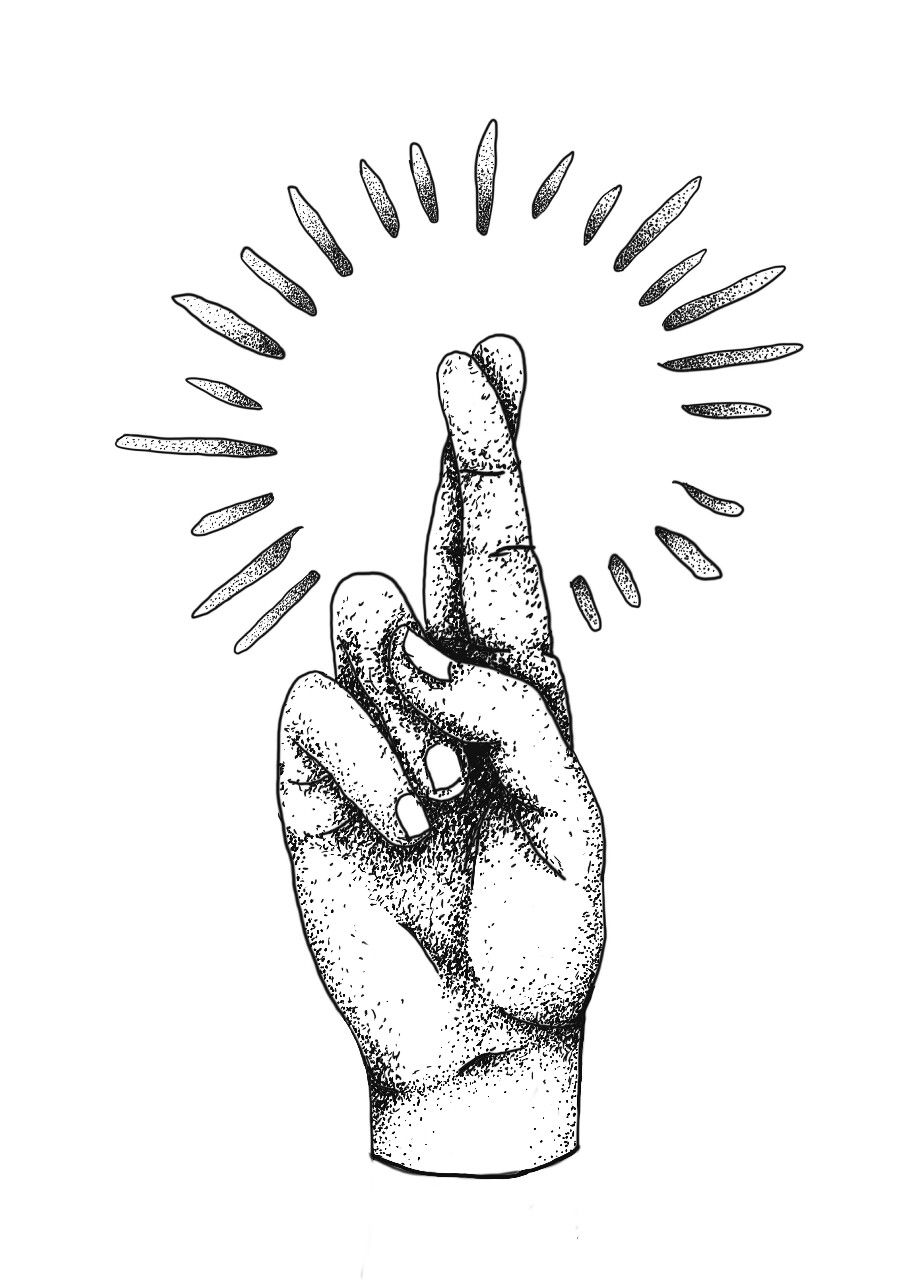 by Bicycle Bill
Careful there, Ray .... if the 'OK' symbol is now considered a symbol of white supremacy to some people and is therefore racist and offensive, the fact that 'crossing one's fingers' traces back to the early Catholic Church

Common usage of the gesture traces back to the early centuries of the Catholic Church.  Common use of crossed finger is found in the Christians who would cross their fingers to invoke the power associated with Christ's cross for protection, when faced with evil.  In 16th-century England, people continued to cross fingers or make the sign of the cross to ward off evil, as well as when people coughed or sneezed.

means that I'm sure there is someone, somewhere who will have an issue with that hand sign as well on religious grounds.

by BoSoxGal
She’s only got 192k on her RT - she’s barely broken in.

Took her about another 40 miles after posting previously - my usually Friday date with my elderly client, down to New Bedford on the highway for dinner and home through the woods on our usual country roads meander. WOW are these new tires great! SO quiet! The last few years I figured she was just getting so old the door seals and engine compartment muffling must be breaking down, but it was just really loud tires all along. And they ride like being on a cloud. Oh yeah and it steers great with no squealing.

Now I just have to clean up the power steering fluid puddle in my cousin’s driveway.

BoSoxGal wrote:She’s only got 192k on her RT - she’s barely broken in.

Took her about another 40 miles after posting previously - my usually Friday date with my elderly client, down to New Bedford on the highway for dinner and home through the woods on our usual country roads meander. WOW are these new tires great! SO quiet! The last few years I figured she was just getting so old the door seals and engine compartment muffling must be breaking down, but it was just really loud tires all along. And they ride like being on a cloud. Oh yeah and it steers great with no squealing.

Now I just have to clean up the power steering fluid puddle in my cousin’s driveway.

by BoSoxGal
Has anybody here ever replaced damaged seatbelts in a vehicle with used retractor units sourced from a salvage yard?

BoSoxGal wrote:Has anybody here ever replaced damaged seatbelts in a vehicle with used retractor units sourced from a salvage yard?

Are the belts dirty and sticky, or is the retractor in the door post that is broken?

by Crackpot
Not a good idea seatbelts are designed to destroy themselves in the event of an accident and damage is not always readily apparent.

by datsunaholic
As long as the vehicle from the salvage yard wasn't in an accident, the seat belts should be fine. But I think you need a portable kennel.

by Crackpot
....or exposed to the elements and is absolutly from the same year and model....

Seat belts are a lot more complex than you think (especially on anything made after 1990). It boggles my mind that anyone would want to go cheap on something that could very well save a life (possibly their own)

Either buy the recommended replacement retractor (and have it installed by someone who knows what they're doing) or stop using the seat.

by BoSoxGal
The discount Toyota dealer where I get my parts wants $230 (discounted from $348 list price) per retractor set. So with shipping $500, then installation on top. That’s pretty crazy. I’m very concerned about safety, but can’t see why belts out of a dead RAV4 that wasn’t wrecked in an accident would be any less safe than the 20 year old ones that were in there? Mine have stopped springing back as fast as they used to, but otherwise seem functional - if I try to bend down while wearing them they lock up and restrain me, for instance.

The only part actually damaged are the belts - shredded by an anxious border collie who will in future be left inside a soft sided travel crate or be wearing a soft muzzle.


eta: As a humorous aside, she also pulled my registration from where it was clipped to the visor and ate it. I can just imagine how that would go over if told to an LEO, lol.

by RayThom
It's not a Rav4, but it is an older Toyota.

Cleaning the belts may be your easiest fix, however.
https://www.youtube.com/watch?v=8XL8QbooM84

by Crackpot
What worries me so much is that you don’t know how the retractor has been treated in the meantime and concern that you are actually getting the right retractor. There are differences in retractors that can’t be seen and unless the sticker for the assembly # is still there it will be hard to trace. If the orientation of the ball sensor (the bane of your bending over) is not correct it could case that to either lock all the time or not at all. And the there’s the question of pyrotechnics modern seat belts (especially driver and passenger) belts tend to have them and if they haven’t been treated properly they may not work. (I suspect this is why your belts are so expensive)

Let’s step through your issues belt not retracting.

Wore out spring. Good news is this may be replaceable on its own. Definitely want new but should be a fraction of the cost.

This is generally your problem and not the belt. That is to say it is not really an item affected by time as much as it is affected by the way you move and you have to train yourself to move in a fashion that triggers the manual motion sensor. I suppose it is possible that you have bee in enough close calls that you have permanently bent the loving post on the ball sensor making it lock more easily but usually not.

Anything outside of minor fraying replace the retractor.

by Crackpot
Note washing the webbing does almost nothing. What he did was over wind the spring which will short term make the retractor work better but will rapidly fatigue the spring and possibly cause the spring to break.

by BoSoxGal
Right so just to clarify, the dog chewed the belts so badly in many places they won’t run through the buckle. I don’t believe stitching them is wise because that must surely fundamentally alter the strength of the belts under strain of an impact - and from my prior life I do understand how critical belts are to saving lives in auto accidents, and I want mine to work.

The one place online that I linked to you send them the retractor and they insert brand new webbing up to original manufacturer’s code - and you can even pick a custom color. But I’m not all that comfortable removing and reinserting them by myself and doing it that way means taking it twice to someone else for that work. If not the dealer, I assume an auto body shop is qualified? Or no?

I’ve put a call in to the local dealer to see if it’s less expensive than I’m assuming from just looking up the part online. I found some posts on other boards people saying they got a good deal because it’s a safety issue and dealers don’t gouge - but that’s not really been my personal experience.

by Crackpot
I would trust most any certified mechanic (unless given reason not to). That link looks reasonable webbing is pretty much an industry standard. So not much to worry about there. Do check out your local dealer for their prices OEMe do not want stories of over charging of safety items floating around so pricing is pretty transparent at least.